Nudge: Improving Decisions About Health, Wealth And Happiness are considered as a simple premise. It is written by Richard H. Taylor and Cass R. Sunstein. In this amazing book, they have presented a real picture of the human activities. They have criticized the classical economic theory. According to the classical economic theory, a man is rational and he has enough potential to do his best. Moreover, this also states that a man always does their tasks with full interests. On the other hand, in this book, Richard H. Taylor and Cass R. Sunstein have written that a man is unconfirmed and unmotivated instead of motivated and simple. Most of the people take the wrong decisions. Its reason is that they are not fully aware of the results of these decisions. The main cause of taking the wrong decisions is the lack of education. If you are not able to write a book review, then you can get help from the academic writing services. 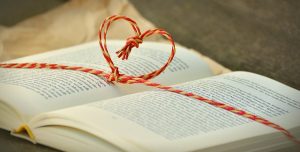 To understand the laziness of the people, the writers provide us with an example. In this example, they discuss that most of the people don’t have any idea about the setting that is done at the time of retirement from a job. Moreover, there are also a lot of people who don’t have any idea about their retirements plans. No doubt, if there are a lot of retirements plans are available, then to understand all of these retirement plans is a real challenge. On the hand, if there is only one retirement plan is available, then if the people are not able to understand it, then it is called the laziness of the people. There are a lot of people who try to get retirement benefits from the default setting of the online retirement forms. If there requires any kind of the manual setting for the retirement benefit, then they also try to prefer the default setting due to laziness.

If we talk about the originality of that book, then we come to know that it lies on human and econ. No doubt, the weight of this book is lighter but the scope of that book is wider. Its reason is that it covers a lot of subjects like social security, credit market, and health care issues. Generally, the writers try to discuss the facts of the society than to take the decisions in the above-mentioned fields of the life is a complicated task for the people. There are many reasons behind this important fact, first of all, there is a lack of transparency in the markets. Secondly, the available information is complicated. Thirdly, the standards of different products are also complicated. Fourthly, there is a lack of the expert persons in the market. Due to the lack of the expert persons, to make decisions in these fields has become a complicated task.

At last, the writers try to explain the importance of liberal paternalism. For this reason, they try to demonstrate this concept by providing a ground between liberalism and democracy at the social level. If you read this book attentively, then you will come to know that this book is more than just like a theoretical exercise that is done in an interesting way.

How Intellectual Honesty Can Be Applied in Dissertation Writing?

How To Conduct Focus Group Research With Group Interaction?

How Intellectual Honesty Can Be Applied in Dissertation Writing?